The mothership and I have a fall ritual of making Super Tonic, based on a recipe developed originally by Dr. Richard Schulze. He charges big bucks for it and sells it in a 2-oz. dropper bottle, but we like it so well for so many things that we make it by the gallon and bottle it by the quart. It takes awhile but is not complicated. The recipe is simple: roughly equal amounts (by weight or volume) of these five ingredients: garlic, onions, ginger, horseradish, and hot peppers, plus apple cider vinegar. All should be fresh, and the mothership insists on organic, of course, but that’s up to you. Nothing about the recipe is carved in stone; “close enough” works just fine.

This formula is said to help ward off colds, flu and even the plague, but it also adds a nice zip to soup and salad dressing. It’s essentially just a wonderfully flavorful vinegar that is packed full of excellent micronutrients as well. (Read more about the health benefits).

First you’ll need some quart jars. They should be thoroughly washed but do not need to be processed in a water bath before or after filling. We used reusable plastic lids.

Then assemble your ingredients.

Onions: These added up to only 3 pounds, which seemed like a lot for the other ingredients. White onions are best because you want the strongest possible flavor. 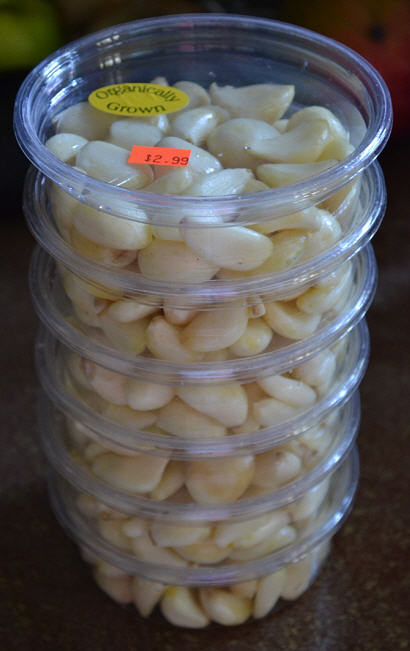 Garlic: We decided to save ourselves some labor and get the cloves already peeled. 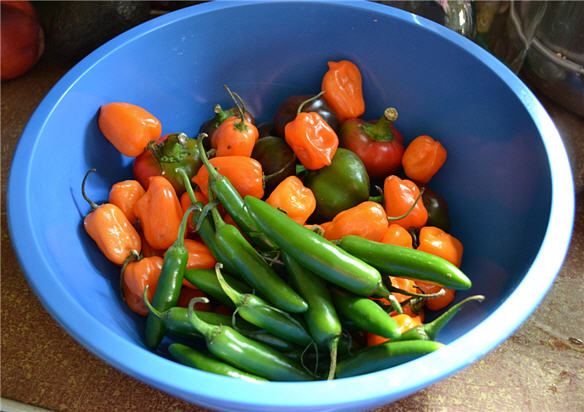 Peppers: My preference is 100% Habaneroes, but we went to three different stores and could only find about one pound of them. We added Serrano peppers and Cherry Bombs for the balance. 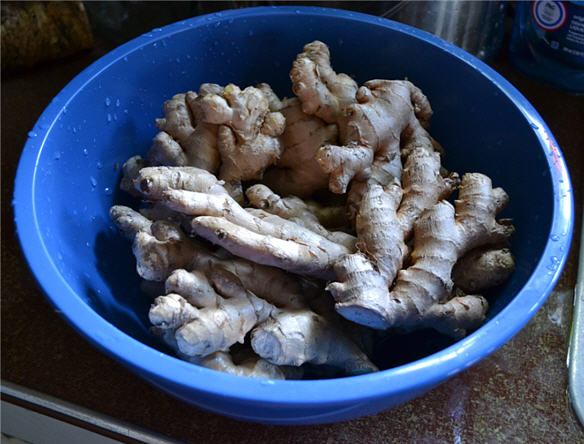 Ginger: We found plenty of this, so this year’s recipe is a bit ginger-heavy.

Horseradish: We harvested some from our garden (below) and purchased the rest.

Produce doesn’t get any fresher than this!

Preparation is easy: Just wash everything, cut it all up into chunks and throw it in the food processor. 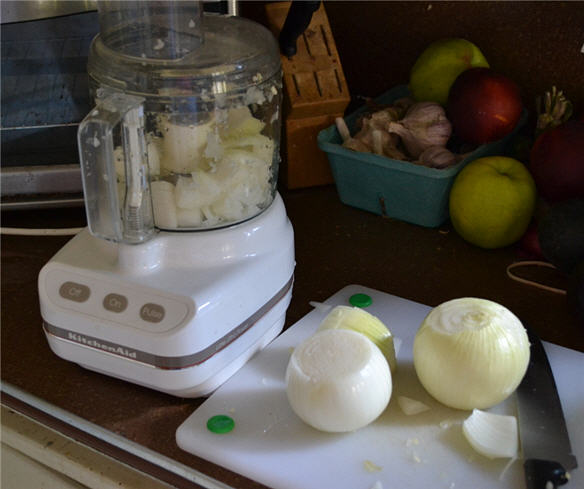 You want a medium chop–not too fine, not too rough.

If you don’t have latex gloves, remove the stems from the peppers with a knife and fork to save yourself pain later. 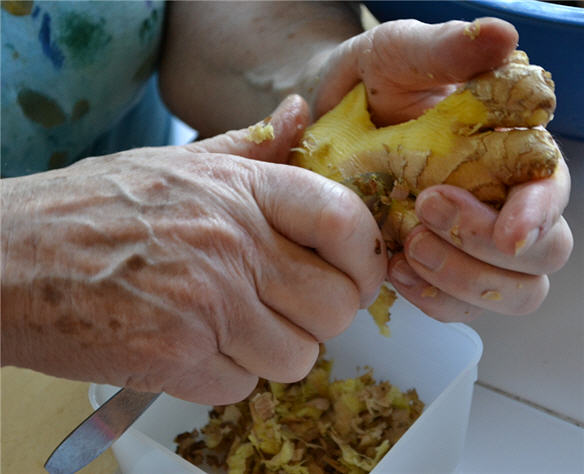 Peel the ginger with a grapefruit spoon before chopping. Sounds weird but it works really well.

Peel the horseradish with a paring knife and chop it into bite-sized chunks for the food processor because it’s a hard, woody root that is not easily chopped.

Once everything’s processed, mix it all together and here’s what you’ve got:

That’s a lot of vegetables. Resist the urge to breathe deeply right over the bowl unless you want your sinuses forcibly cleared.

Now all you have to do is ladle the veggies into clean jars and fill the jars with vinegar.

Mothership says to fill the jars only halfway so you get more tonic from it, while I prefer to fill them two-thirds or three-quarters for stronger flavor.

Jars don’t need to be sterilized, sealed or processed. 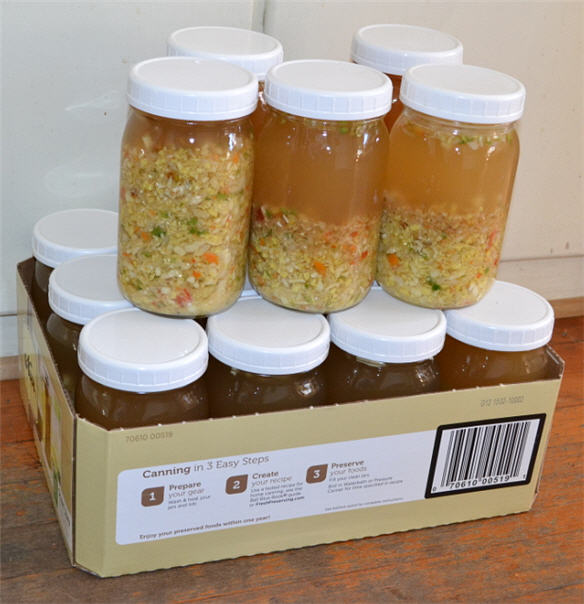 Store the jars in a cool, dark place for 3 to 6 months, gently inverting them periodically (once a week should do it) to mix the solution around. How long it should be stored is strictly a matter of personal preference. When you decide your Super Tonic is ready to use, decant it into a colander (to strain the large solids) lined with cheese cloth (to strain the sediment).

A funnel with a coffee filter works well for small batches.

Discard the chopped vegetables promptly; you don’t want that overpowering smell in your household trash can for long.

This amazing concoction keeps for many months and can be used any way you’d use regular vinegar to add wonderful flavor to all kinds of foods. Enjoy!